We have a new project for Commercial Foundation Repair in Houston to share with you today! Buildings big and small can settle. Drought, erosion, over saturation, and shifting soil will affect the foundation of any sized building.

A concrete slab was causing problems inside a carpet supplier’s warehouse. It had settled ¼”, enough that management was concerned for employee and customer safety. The slab was located in front of the loading desk which experiences regular foot traffic.

Additionally, the concrete slab would pump every time forklifts drove over it. Forklifts often passed over the slab to deliver large rolls of carpet to the carpet cutting machine which happened to be on top of the failing slab.

Concrete settlement and pumping is common among warehouses with large machinery and heavy vehicle traffic. Heavy machinery and vehicles often vibrate which causes subgrade to settle and shift which creates voids. When machinery or vehicles favor one side of a slab, you get greater settlement and voids on the favored side which can turn into a see-saw effect when heavy vehicles drive over the void area. If the problem isn’t addressed the void would grow and eventually the slab would break irreparably.

Fortunately, we provide a quick, non-invasive solution that lifts and stabilizes concrete—it’s called the URETEK Method.

The URETEK Method is a polymer injection process. With it we inject our patented polymer underneath failing concrete. The polymer is injected as a liquid, and then expands to fill voids and stabilize the concrete. By continuing to inject, the polymer can lift settled concrete to its original elevation. URETEK Method does not create a hydrostatic lift; it is achieved through the expanding power of the polymer. 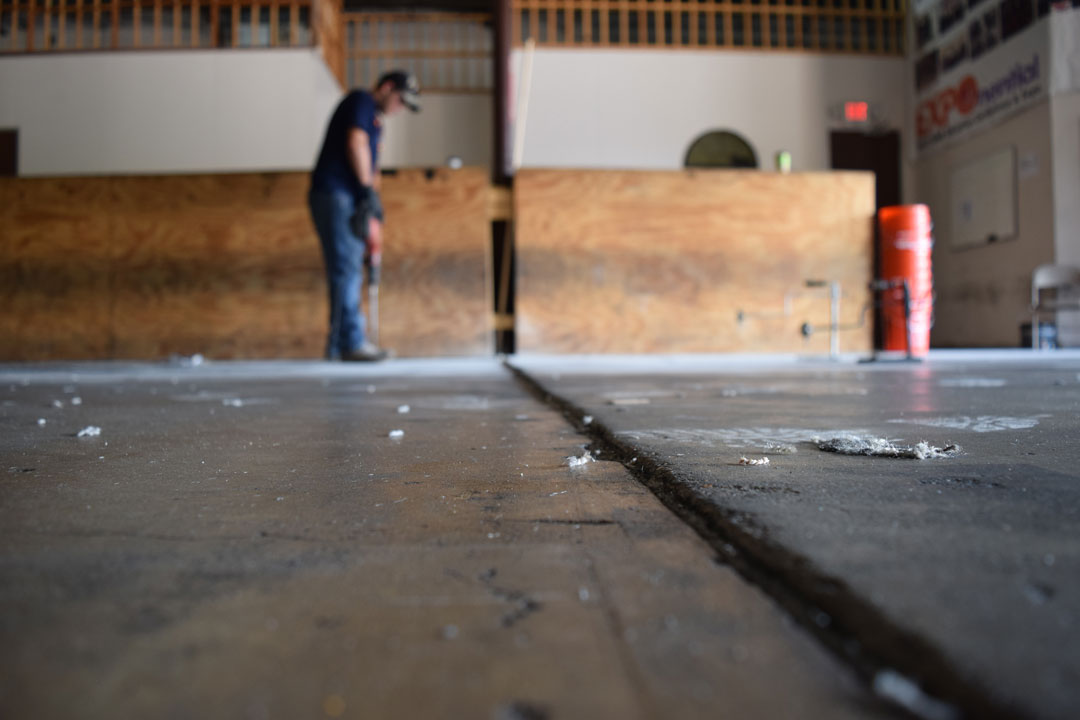 URETEK’s highly-trained technicians arrived at the warehouse and immediately started work. They began by drilling holes at the concrete’s settled area. Each hole is an injection site for polymer.  Then the technicians started injecting the expanding polymer. The polymer seeks out voids as it expands under the slab. In sandy soil the polymer may travel many feet. In Houston’s dense clay soil it will typically stay within a couple of feet of the injection site before it starts to cure.

Technicians move methodically inject at each injection site. During the injection process technicians monitor the concrete’s movement by using pressure dials and an altimeter. They continue work until the adjacent panels are flush and the trip hazard is removed.

Within five hours the slab has been brought back to its original elevation.  Before leaving the warehouse employees tested the stability by driving the forklift over the slab. No pumping and zero movement from the slab. Another successful job! 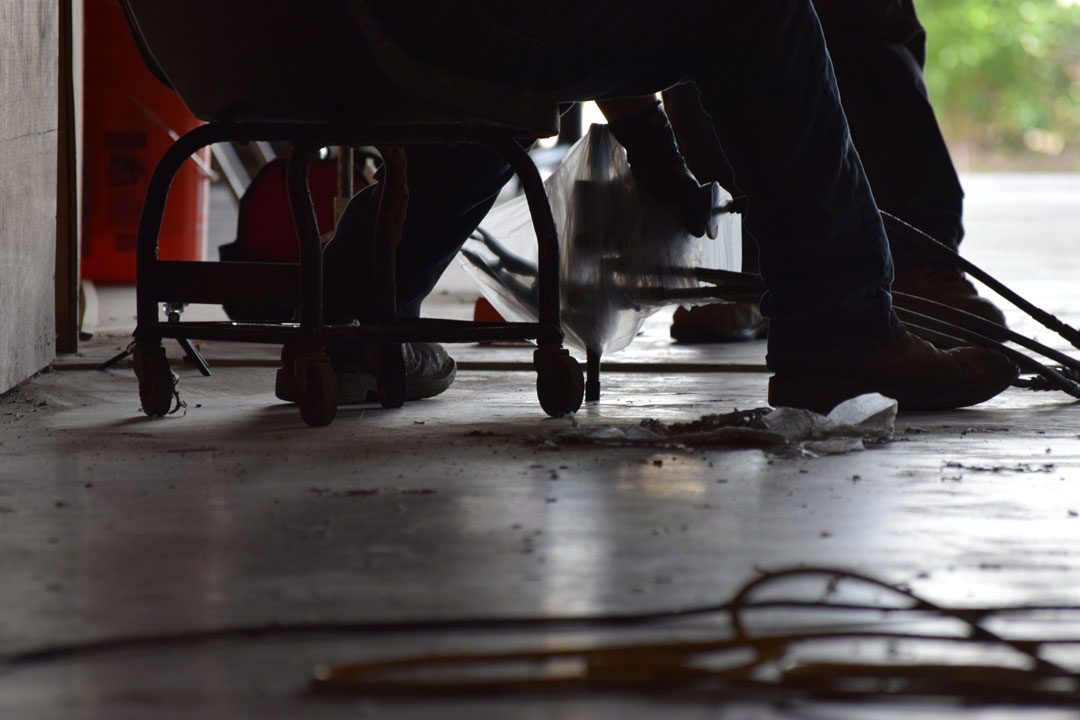 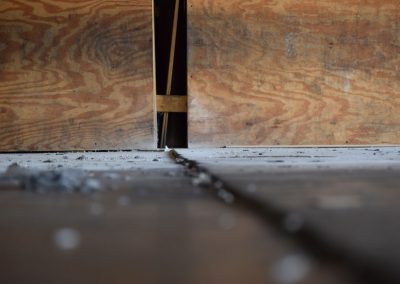 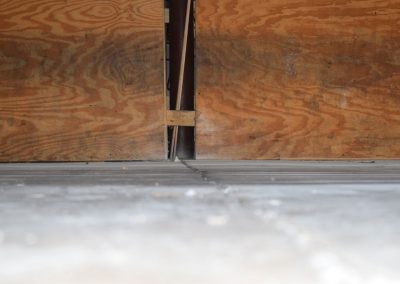 Uretek provides Commercial, Residential, Industrial and Municipal Foundation Repair in Houston, Texas. We are a BBB A+ company with over 17 years of experience in the Houston Area. Get a FREE foundation repair quote today!