URETEK ICR Gulf Coast uses a hydrophobic and closed-cell geopolymer.  The geopolymer will expand regardless of water’s presence and, unlike other polymers–URETEK’s geopolymer won’t soak up water, but will instead displace it. Often times, oversaturated soil or water infiltration is the root cause of sinking slab, so it is important that our material is invulnerable to water.

Utilizing their hydrophobic closed-cell geopolymer, URETEK ICR Gulf Coast pumped below the slabs to displace the stagnant water.  As the geopolymer expanded into the water-filled voids, it pushed the water up and out through the expansion joint and stabilized the soil. After displacing the water, the polymer sealed the expansion joint from further infiltration. Due to the characteristics of their unique geopolymer, URETEK ICR Gulf Coast was able to simultaneously displace stagnant water, fill a void, and seal an expansion joint. 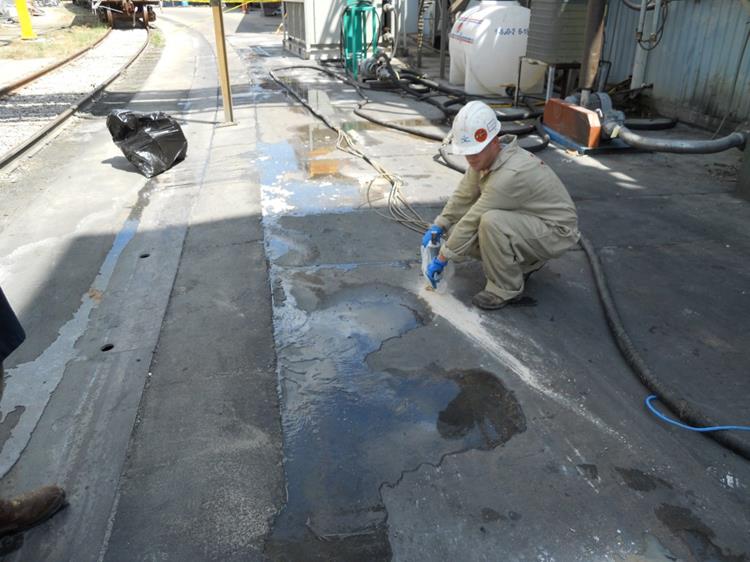 As URETEK technician begins to pump geopolymer, water becomes displaced as the geopolymer fills its place.