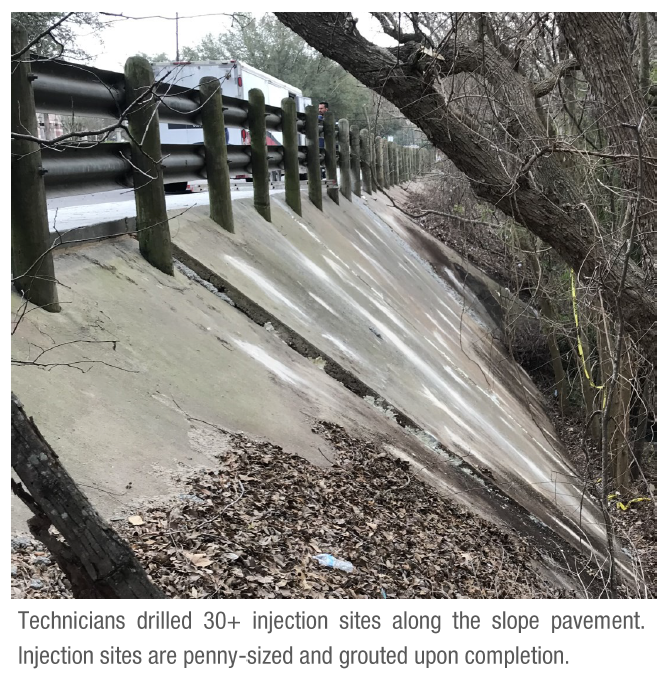 Concrete slope pavement at a drainage canal was experiencing soil loss. Remediation had been attempted in the past with cementitious grout but did not prove to be an effective solution.

A visual inspection revealed that a significant amount of soil had exited through the concrete joints at the base of the canal. Water had likely been infiltrating at the top of the slope and draining through joints at the bottom—taking soil with it. High-water events possibly attributed to washout because concrete joints were in various stages of disrepair.

Approximately 1,500sqft of concrete slope pavement was impacted by water erosion and voids. A solution was needed to fill voids and return stability of the slope pavement before irreparable damage could occur.

URETEK Technicians would drill injection sites into the slope pavement for HDP to be pumped. The sites would be placed in a grid-like pattern to ensure that void space is thoroughly filled.

Work was completed over the course of one day. Technicians attentively pumped material through more than 30 injection sites and successfully filled the void and stabilized the soil. Polymer seen “blooming” through joints and electronic monitoring affirmed that voids had been filled.